It’s not hyper-inflation, but it is inflation. The number of dollars in circulation doubled in just seven years. This means the value of dollars from 2008 are now worth half as much as they would have been had Fed Reserve and U.S.Gov not issued the new dollars. The seven year pace is faster than the prior doubling that took nine years. The new dollars are loaned to the U.S.Gov to cover the budget deficit. 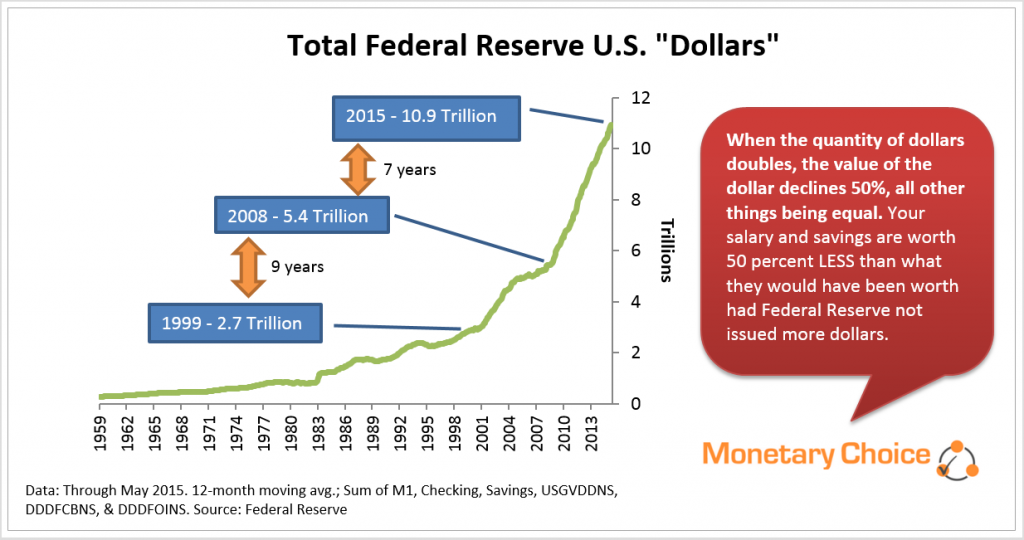