An article on Seeking Alpha reported that the people living in Switzerland rejected a measure that would have forced the “central bank” to have on hand enough gold to represent 20 percent of outstanding francs. In an ideal world, there would be 100 percent backing, and as reported in the article, the Swiss franc recently had 40 percent backing. The measure also would have required all Swiss gold to be moved back to the country.

The article did note that the referendum raised awareness about money and gold. It’s a long road back to monetary sanity, and this referendum was an important step.

Federal Reserve’s increases in the money supply have decreased the value of senate salaries by about 65 percent since 1998, when measured in commodities. 14 years ago, senators earned about $138,000, or the equivalent of about 137 “commodity baskets.” They now earn $174,000, a 27 percent increase, but those dollars are only worth 48 baskets. Senators need a raise in dollars and they need to audit Federal Reserve. Read the article.

Many politicians and economists mock the idea that gold or silver could be used as payments in modern times. They may want to read about Syria where the dictators pay cigarettes to their mercenaries. If cigarettes still work, gold and silver would as well.

According to The Wall Street Journal, the Syrian regime “uses cigarettes as a form of payment for the irregular military forces and militias.” These fighters likely don’t smoke all the cigarettes, but trade them for the goods they need or use them as a store of value.

Most people wouldn’t accept paper money from a regime that might not be around in a few months. When the regime is gone, so is the value of the money. However, cigarettes and gold and silver will be valued, as long as people keep smoking, wearing jewelry, and making electronics.

You do not need to pay a militia but you may need something of value if your country suddenly becomes unstable. Consider that even Rome collapsed, so your country might not last forever either. People in Zimbabwe likely thought their country was stable as well. Stock up on something that would be accepted in your community, since tastes and values vary.

Gas costing a dime? Yes, when dimes were made of silver. Congressman and presidential candidate Ron Paul says if we go back to using silver dimes (see video below), one of those dimes could be traded for about one gallon of gas.  It would actually take two silver dimes, but Ron made his point. This compares to needing about four or five Federal Reserve dollars for one gallon of gas today. END_OF_DOCUMENT_TOKEN_TO_BE_REPLACED

DC Metro’s proposed base fare of $1.70 is 21 percent lower in value than the $1.60 fare it instituted in 2010 when measured in three commodities, wheat, gold, and iron, according to the group Monetary Choice.

Here’s my response to a journalist writing about Iceland adopting the Canadian currency:

Aluminum would be better as money than digits or pieces of paper. Fundamentally, money is a popular PRODUCT used as a medium of trade. It’s a PRODUCT with a primary use in society, and for that reason people accept it since they know others want it. No one uses digits or paper as a necklace for a night on the town, but they do use gold, and they use aluminum for many applications. Aluminum was never chosen as money because it’s quite heavy compared to its value.

The loonie and other national currencies such as the krona, pound, euro, us dollar, etc. are all worthless digits and paper forced upon the people by governments that use these fiat monies to tax people, by creating more of the digits, which steal value from all existing digits. Governments vary in how much they tax their subjects and Canada’s ruling party has been kinder than others.

Moving to the loonie from the krona would be a step up, though still a step in purgatory. A step into honesty would be moving to a product and if aluminum is the only option, so be it. People will use credit cards and electronic transfers to trade aluminum, making weight a non-issue in these times.

Here’s the column about moving to the Canadian currency.

Don’t miss this hysterical explanation about why, out of all the elements on the periodic table, gold is the best metal for use as a medium of exchange. NPR’s Plant Money team interviews a chemical engineer who explains the downsides of all the other metals.

Keep in mind that gold may be the best metal but other products can serve as money as well. Facebook launched a digital currency called Facebook credits to allow users to make purchases within games and other applications. In response to a related article, I suggested Facebook tie the credits to real products.

Facebook could tie credits to the value of real products, not Federal Reserve dollars/tokens, to give users protection from monetary confiscation (AKA inflation/devaluation). Facebook credits could be tied to a commodity index such as the Rogers International Commodity Index. â€œRJIIâ€, an ETN (Exchange Traded Note) based on the Rogers Index, trades at $7.18, as of May 2010. One Facebook credit could be worth 0.14 shares of RJII. Here’s a sample calculation:

If the price of RJII rises to $14 due to monetary confiscation, the credits would hold their value. Redeeming Facebook credits would be as follows:

Facebook would need to convert the dollars used to purchase credits into RJII shares to avoid exposure to the dollar and to be able to always make the conversion. 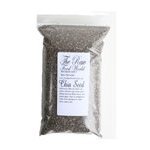 The much-maligned and also cherished “Chia pets” sold during Christmas hide the former high value of Chia seeds as a currency and nourishment. As with all monies, first came the chia’s primary use as a food, then its second use as a medium of exchange.

END_OF_DOCUMENT_TOKEN_TO_BE_REPLACED

The U.S. Mint limited gold coin sales starting last week and the limit will remain in effect until year end. This is no cause for alarm. The did the same thing last year. I believe the mint underestimated demand for 2009 and instead of producing more 2009 coins, the mint will produce 2010 coins starting in January, 2010.